After graduating with honors from University of Memphis in 1998 with a bachelor’s degree in biology, Art immediately continued on his path toward clinical prosthetics. Keeping a steady eye locked on the goal, he achieved his American Board Certification in prosthetics and orthotics after attending Northwestern University, in Chicago, IL.

In 2000, Art began work at his residency, Methodist Rehab Center in Jackson, MS., where he demonstrated daily his passion for the field of prosthetics and the hope he could offer to patients. In just three short years he was recognized for this commitment and expertise and promoted to clinical manager of their Hattiesburg, MS. location.

Art serves as the clinical manager of military care at MCOP and has the opportunity each day to work with the latest technology in prosthetics. Whether it is innovative socket design or exposure to new componentry, Art ensures that the state of the art equipment is applied to yield the highest level of patient care when combined with the elite knowledge of the MCOP team.

Working with the best devices available and encountering the field’s most unique and complex cases, such as a variety of blast injuries, heterotrophic ossification, as well as contralateral and upper extremity involvement has given him the ability to constantly grow at the highest challenge level because of the intensely complications they cause to prosthetic design.

While the challenges are many, Art finds working with military amputees brings him to a higher level of patient care growing him as a prosthetist and also as a person. Art considers himself to be very fortunate that he can provide some measure of lifestyle restoration to the amputee community, to a life they previously thought lost. His passion for helping people makes work at MCOP feel like a reward– giving his patients their independence back and improving their lives. In fact, one of Art’s fondest memories is of playing against an amputee softball team in which three of his previous patients were team members.

Art’s calm and collected, compassionate approach has an instant positive effect. He backs up the initial impression with a level of clinical skill and expertise that ensures his patient’s expectations are exceeded. As a result he is the trusted clinician for hundreds of the Wounded Warriors served over the past seven years.

As the world’s leading practitioner in fitting the BiOM Power Foot by iWalk, Art has become a go-to resource for within MCOP and the industry. He has tirelessly worked with iWalk to further improve the BiOM foot. This has become a personal interest for Art and he has, on several occasions presented to the internal development and clinical team at iWalk.

Art’s interest in softball has drawn him together with a group of wounded warrior amputees who formed the Wounded Warrior Amputee Softball Team (WWAST). The team focuses on their game along with promoting sport and activity to all they come in contact with. Many of the amputees on the team are under Art’s care, requiring him to work tirelessly to optimize the activity specific prosthesis required to support their competitive edge.

Art lives in Clarksburg, MD, with his wife, Erica, and three daughters: Audrey, Alaina and Addison. In his spare time, Molnar participates on a softball team and follows other sports. 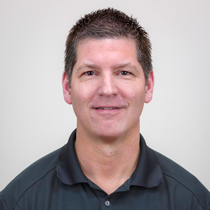 Refer Art to a Friend