Jamie’s first introduction to the field of orthotics and prosthetics was after completing his certification in Assisting Technology at SUNY Dutchess in Upstate New York. He then advanced to a clinical career when completing his education at New York University, New York City, graduating with a B.S. in Orthotics and Prosthetics in 1990. In the years following, Jamie completed his residency program within The Helen Hayes Hospital located in West Haverstraw, NY.

Jamie has been specializing in complex upper limb prosthetic care for upwards of 25 years. Working within clinics located in both Los Angeles and San Diego, gained a great deal of experience in treating pediatric amputees with various complex conditions. Eventually moving back to the east coast, Jamie took a position working for a company within one of the most prominent U.S. military medical centers in Washington, D.C. Here he specialized in traumatic upper limb rehabilitation – making upper limb prosthetic devices for a variety of amputation levels and uses.

Jamie currently resides in Maryland, and when not in the research lab or providing high functioning prosthetics he enjoys bicycling, gardening, skiing, and spending quality time with his wife and kids. 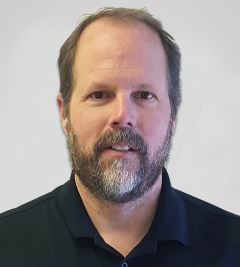 Refer Jamie to a Friend